CSP is the grill master.  I swear, that man can grill anything and make it good.  I love Summer grilling because he does most of the cooking and I get to enjoy grilled veggies.  We’ve been really loving squash, zucchini, vidalia onions, and mushrooms lately.  YUM.

CSP brought home some blueberries and requested a pie.

I was tired and a headachey so I kinda rushed through it, but it still came out pretty well. And it tastes even better than it looks! My secret ingredient? Almond extract. mmmm

I saw this first on Jenny’s blog and was intrigued. A Crunchberry frap.  I loved Cap’n Crunch as a kid.  So to enjoy a Crunchberry in a frap?  I’m in!  Yesterday we went to Starbucks with CSP’s parents so I ordered one.

Basically it’s a strawberries and cream frap with a shot of hazelnut.  It’s amazing how much it tastes just like a crunchberry! Yum!

Walmart is NOT my favorite place, but we have to visit it often to buy pug food.  They eat Iams toy breed food. 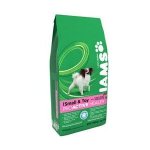 We can’t  find it anywhere else for such a reasonable price.  But while we’re there we do find some bright spots. We always stop by the cake case in the bakery.  OMG the cakes are hilarious!  I don’t know what their inspirations are but the cake decorators never cease to amaze.

They look like Jesus fish trying to swim up a dry, cracked creek bed! Bahaha!

And this one, there are TWO words to fit on this cake and they couldn’t do it.  I bet whoever gets this on their big day feels special!  I love the website Cake Wrecks.  They should totally come here if they ever run out of entries!

CSP’s parents recently celebrated their 40th anniversary!   They were in Minnesota for a week or so during their anniversary.  They are from Minnesota so it was a very special homecoming.   They even visited the church where they were married on their actual anniversary.  For something special they stayed a night at their favorite hotel, the Sofitel. We wanted to do something special for them to help celebrate their anniversary even though we were states away in NC.  I called the Sofitel and spoke with Larry the concierge.  He was really helpful and a lot of fun to work with.  It took a couple hours and a couple faxes (for signatures for payment) but we finally were able to treat CSP’s parents.  Larry set up a surprise for them in their hotel room.  It was waiting for them when they checked in.  We had a bottle of nice chilled champagne, a fruit and cheese plate, a croissant and a pain au chocolate (MIL’s favorite pastry).  We also upgraded their room from a double bed room to a king size bed room.  I talked Larry into the upgrade for free.  Larry tried to get me to spring for some satin sheets!  Larry!  These are my inlaws we’re talking about!   A judge and a librarian!  They don’t slide around on slinky sheets and I don’t want to think about it!  heh  CSP’s parents called us that night after they walked in and saw their surprise.  They loved it!  They snapped a photo on his iPhone and sent us a pic of what awaited them.

We were so pleased that we were able to surprise them and make their stay even more special. 40 years is a huge deal and we were happy to be able to be there in spirit!

CSP’s parents came over for Father’s Day revelry. We, and by we I mean CSP, grilled veggies & brats. We watched the funniest show while eating dinner. I had seen it advertised and couldn’t wait to view it with them all.  CSP & his family are from Minnesota so they got an extra special kick from it.  It was great watching them all crack up.  Mall Cops: Mall of America.  OMG y’all, this show is a RIOT.  The voice over guy is just priceless.  And the sound effects!  Who knew so much drama plagued the seemingly innocent Mall of America?  I just love when a show is unintentionally hilarious. There was much suspense over a smoothie.  A SMOOTHIE!

A neighbor down the street is putting in the world’s biggest pool.  In the world.  In their teeny tiny back yard.  It’s gonna take a miracle!

Maybe I should make friends with these people cause it’s gonna be a hot Summer.

The ladies in my family were not blessed with thick, luscious hair. Well, except for Momo.  She has amazing hair.  So we’re always looking for ways to make our hair look thicker.  That’s why I keep my hair short.  It’s so thin and baby fine that if I grow it beyond my chin you can totally see through it like ghost lady hair.  But I digress.  When I was at Papa & Gigi’s Gigi got the idea to bump up my hair with Bumpits. 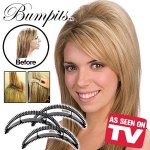 Have you seen these things?  They were first sold on tv and now you can get them at Target and CVS and other places.   We were in the kitchen and I was sitting at the table, no mirrors around.  Gigi put in all 3 bumpits and stood back to observe her work.  She has this noise she makes when she’s about to erupt into a major fit of giggles.  She made the noise.  Then ran out of the room.  After she composed herself she returned and took some pictures of me with my iPhone.  Then she announced that bumpits are not for me.  Now I manage to make my hair look presentable on a near daily basis.  In less than 10 minutes my mother managed to make my hair look like it came from a can!

The top of my head looked like a runaway truck ramp!

Tonight I went to see Papa & Gigi and Momo.  Papa & Gigi are going to be out of town this weekend and I wanted to give Papa his father’s day present.  A few years ago I started making photo books for Papa each Father’s Day.  I filled them with photos from the previous year.  I make them on my Mac through iPhoto and he loves them.  The whole family does.  I love making them.  I love having a family yearbook of sorts.  This year was going to be a toughie though.  Our old, beloved eMac had died and trapped within its body are all the photos I took up to October 2009.  I still have to take the eMac to the Apple store to get them to pull all the data & photos off it and put it onto the new MacBook Pro.  The Apple store just isn’t convenient and the last few months have been chaotic to say the least.  Anyway, for this year’s book I decided to focus the entire book on Papa’s 60th birthday.  He had a very special dinner with his oldest and dearest friends in attendance.  My Mom orchestrated the whole thing.  All the boys golfed that day while Mom entertained the wives, then dinner was that night.  I gave Momo my purse camera and had her be my second shooter and we documented the evening.  I sorted through all the pictures and edited them then compiled the book.  That night I had taken notes as the boys gave toasts and whatnot so I had some pretty funny quotes from the guys to complement the photos.  Papa was so tickled at the book.  Once I gave him the book then I published the photos online so his friends could have access to them.

After we perused the book we had a wonderful dinner that Gigi had cheffed up.  It was a lovely evening.  I’m so very lucky to have my Papa.  He’s the best dad I’ve ever had.

I’m working on getting better.  That has involved being housebound. Thankfully I have a new tv love.  True Blood.  I’ve been reading the books (finished with book #2) and am almost finished with Season 1 on DVD.  I was worried about how the actors would be able to pull off the Southern accent, but they do a great job!  Especially considering that most of the main cast are from other countries!  Canada, Australia,  the United Kingdom, and Sweden!  Amazing how they can get our accent right way better than the other way around.  Now, if only I can talk CSP into getting HBO.