CSP & I decided an early breakfast is a good idea so we were back at Cabanas at 7:30 am, even with losing an hour due to the time change.  Then it was back to the room for a nap.  I was tired as CSP didn’t get in until very late from his movie and he decided to shake my foot to wake me up and let me know he made it back.  We’re on a ship!  How far can you go?  Then I lost an hour on top of that so I was ready for my after breakfast nap.

We woke up and dressed and went up to Cabanas for lunch.  Here’s where I’m not a fan of buffets.  I love a good breakfast buffet but lunch and dinner I have a hard time.  I found some gnocchi and had a spoonful of that but that was it.  Meanwhile CSP was chowing down on some peel and eat shrimp. I love shrimp but I hate having to peel them.  It’s the prissy in me.  I thought I’d have time to grab something by the pool to eat like the schwarma, but next thing we knew it was almost 2 pm.

We headed down to Keys bar.  There were about 30 of us who signed up for this class.  Each class is different in that you learn different drinks and techniques.  And it’s only $20 each!  You get 5 drinks for the $20, not bad considering your average cocktail on the ship runs about $8!  This is where I wished I had eaten more at lunch!  We made a Double Crown, 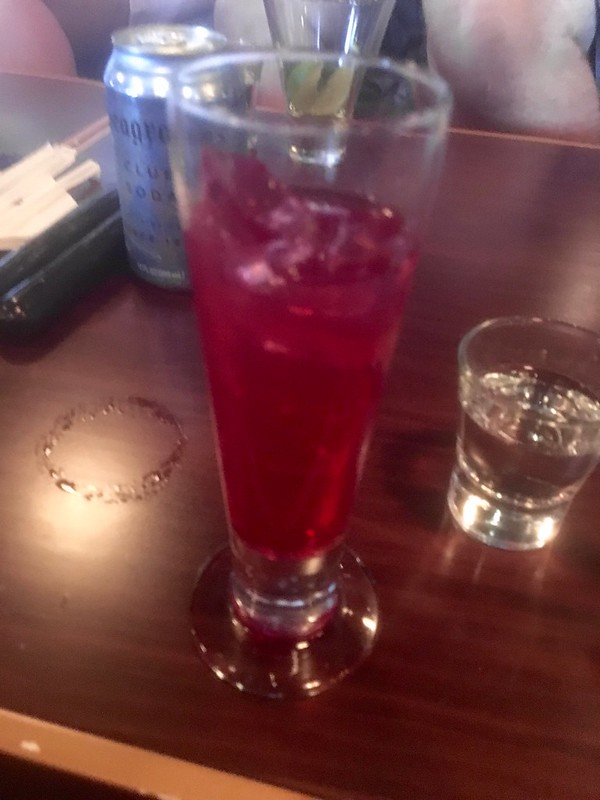 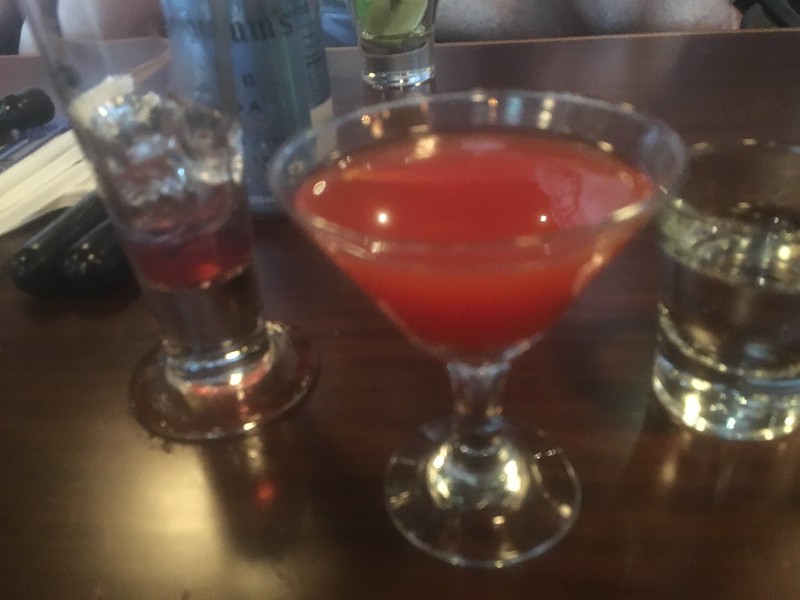 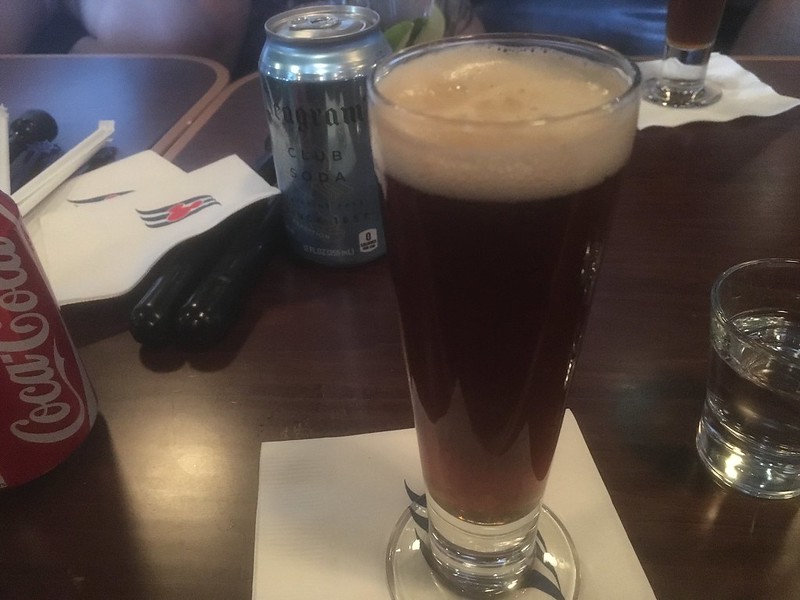 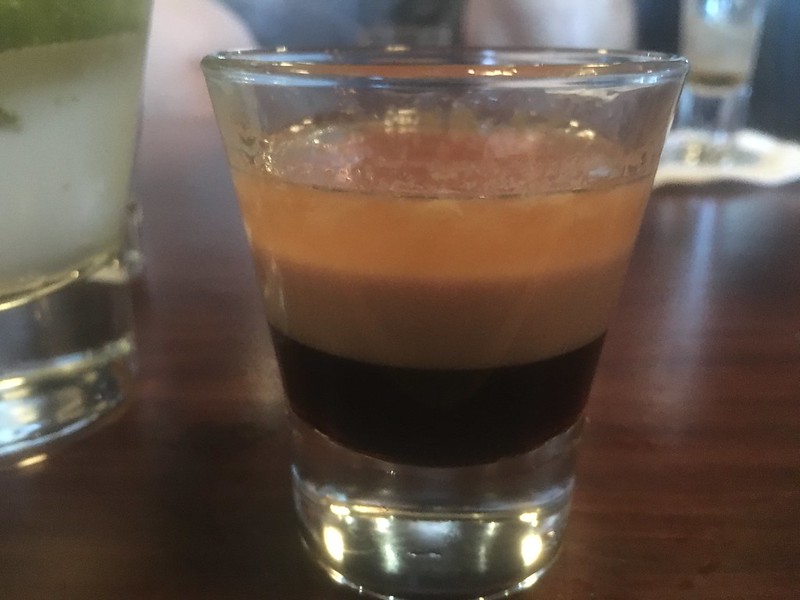 and a classic mojito. 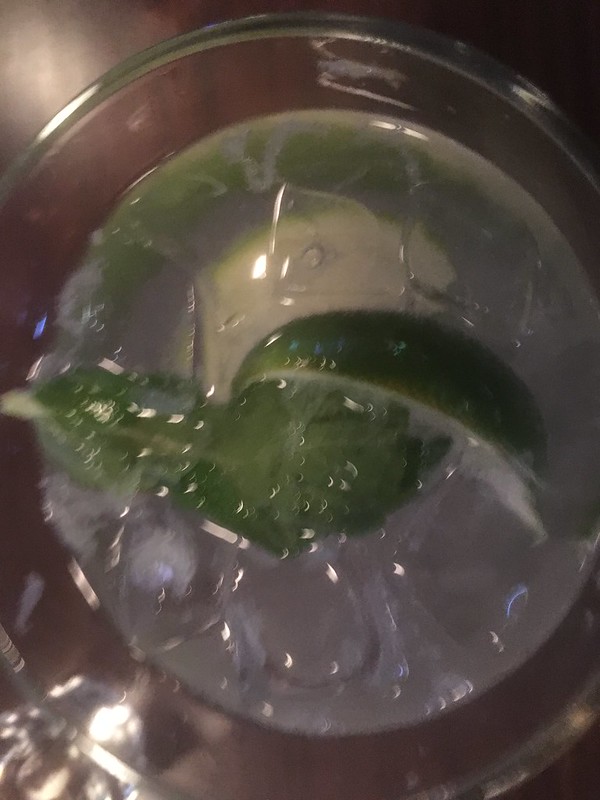 I drank CSP’s martini and shot and gave him my mojito.  I like the flavored mojitos but am not crazy about the classic.

At the beginning of the class the bartender called up 4 of the men to do what he called a Taxi Cab. 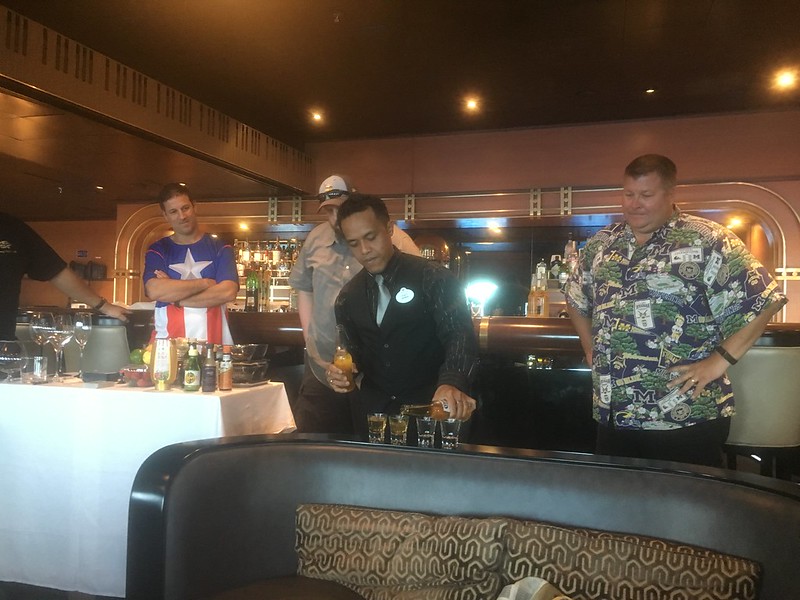 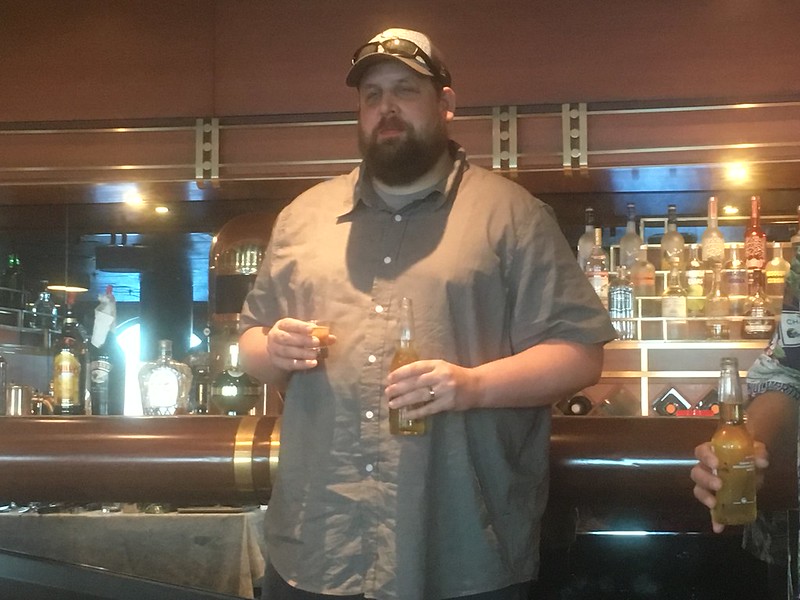 All was fine until the one foot thing!  Kevin finished his cab the fastest!  We were having so much fun and had so many drinks to finish that when the class was over we just moved to party next door to O’Gill’s.

Jo, from the cruise staff, was in O’Gill’s hosting a pub quiz.  We signed up right away.  I love trivia.  Amy won!  She won 4 Disney Cruise Line baseball caps and gave CSP and I one each. 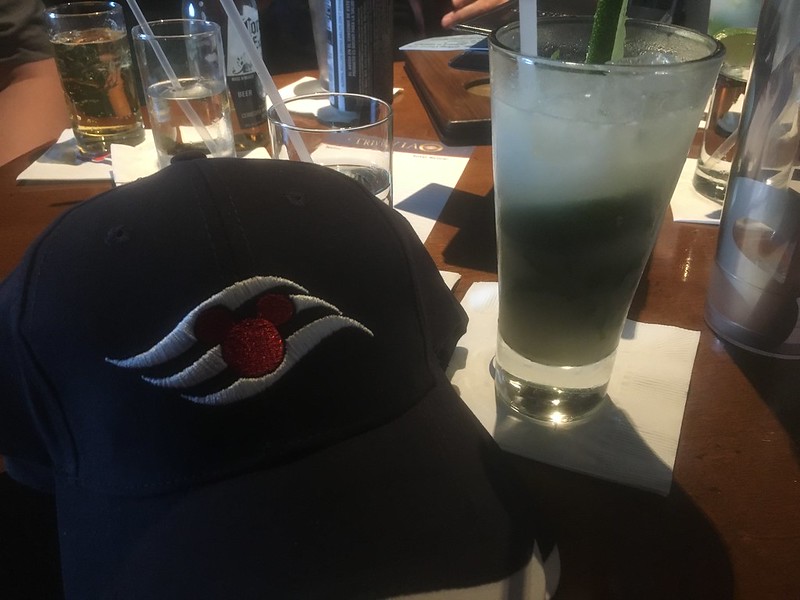 You might have noticed in some pictures I’m wearing a lanyard around my neck with a card in a plastic pouch.  I wanted to take a moment to explain the card. 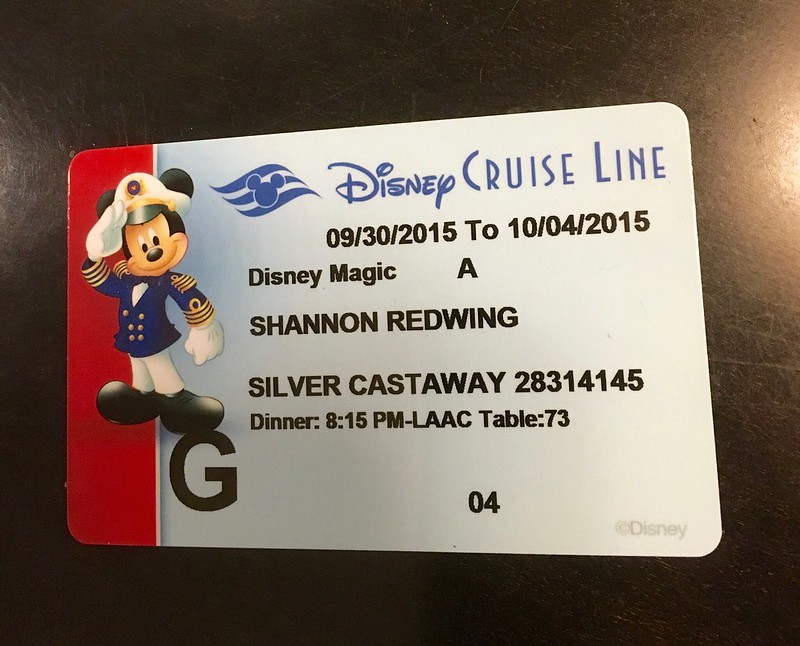 It’s your Key To The World card and it acts as your room key and credit card while you’re on the ship.  You also present it to get on and off the ship. There’s a lot of information on this card.  Your name, the sail dates, the ship name, A for adult or C for child, what level Castaway Club member you are, your reservation number, dinner time, dining room rotation, table number, and the big letter is your muster station.

Then it was time to go back to the room to dress for dinner.  Our last dinner on the ship!  Tonight was in Carioca’s 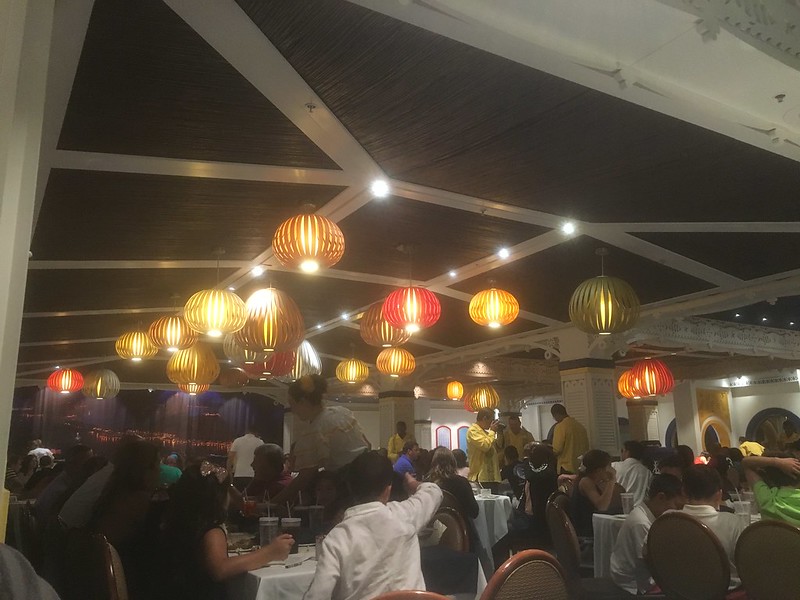 and it was a South American theme.  At the beginning of dinner at the large table next to us a man got down on one knee and proposed!  She said yes!  The room went wild!  It was SO loud all night.  We said our thank you’s and goodbyes to our wait staff.  They were so great!  Back to the room to pack. 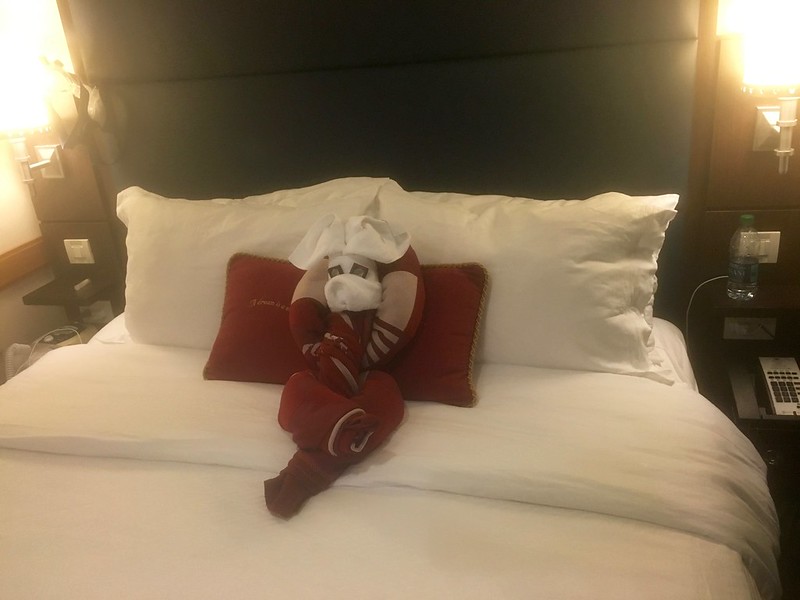 We didn’t get to sleep until almost 1 am!  Yikes!