Our ship was diverted to Key West for our first stop because of Hurricane Joaquin.  We were only allowed to be on the island from 8 am to 1:45 pm! Well, none of the fun bars open before 11 am and we’re respectable adults. 🙂  No one wants to take day drinking to the 10 am level!  So at 9 we ate breakfast at the buffet at Cabanas.  We got off the ship and took the shuttle to Downtown Key West. It was when I was packing my day bag for Key West that I realized I left my prescription AND regular sunglasses in my car!  Boo!  Thank goodness Amy had some cute ones in my goody bag!  Our first stop in KW was Ron Jon Surf Shop where I picked up some cute sunglasses so I’d have a backup pair.  Then we went to CSP’s favorite, Sloppy Joe’s. 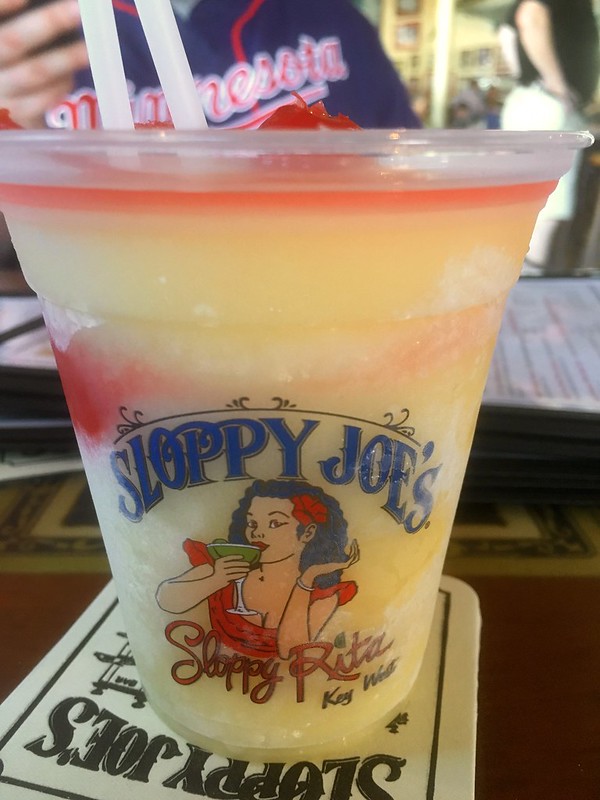 We hung out there for about an hour 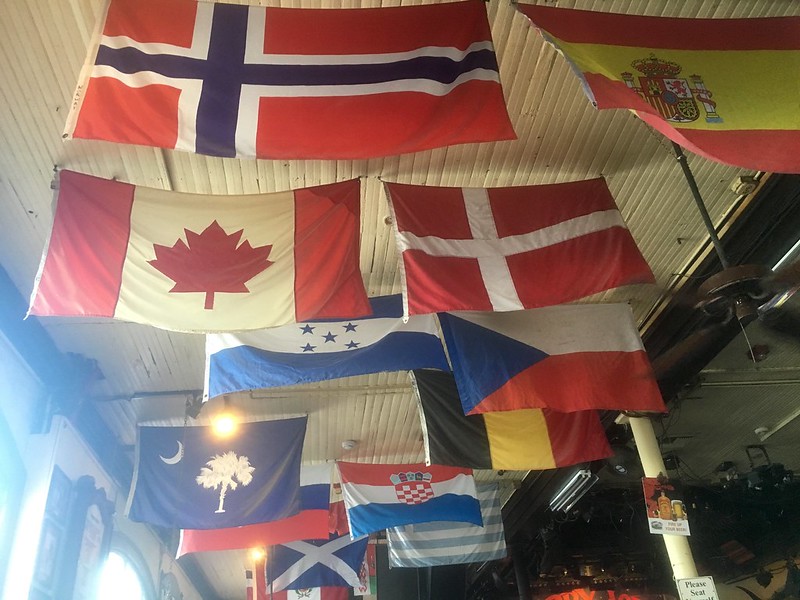 then stopped into Irish Kevin’s so our Irish Kevin could buy a hat. On the way there I got sucked into one of those over priced lotion stores by the sales dude who was slathering sea salt scrub all over me.  Before I knew what was happening he was bagging up $80 scrub and lotion!  Luckily Amy came in and saved me!  I hate confrontation and I know Lotion Dude was not happy with me leaving empty handed!  Amy & Kevin had to stop into CVS so CSP and I grabbed drinks at Starbucks (we had been saving up our free drinks to use on this trip).  It was a brand new Starbucks which was mercifully air conditioned but there was no seating! So back outside we went.  CSP & I found some shade on some steps while we waited for Amy & Kevin.  Then it was on the tram back to the ship!  On the way back to the ship we saw tons of the famous Key West chickens. 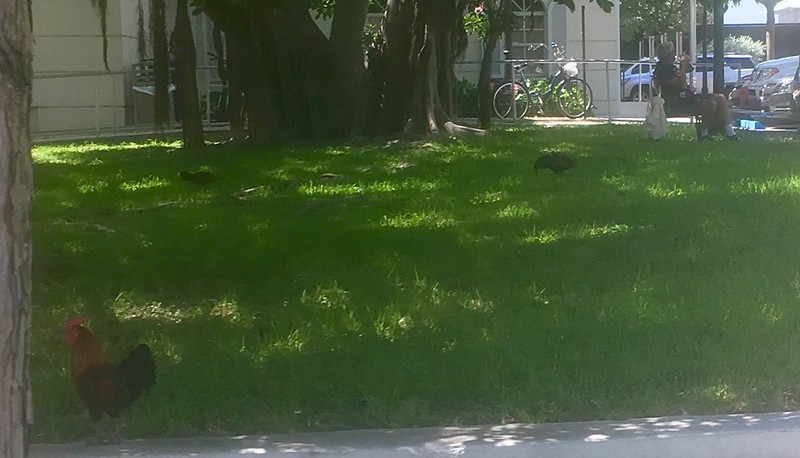 I just love how they hang out everywhere!

Our time in Key West went way too fast!  We were changed into our swimwear and up on the pool deck by 2 pm! 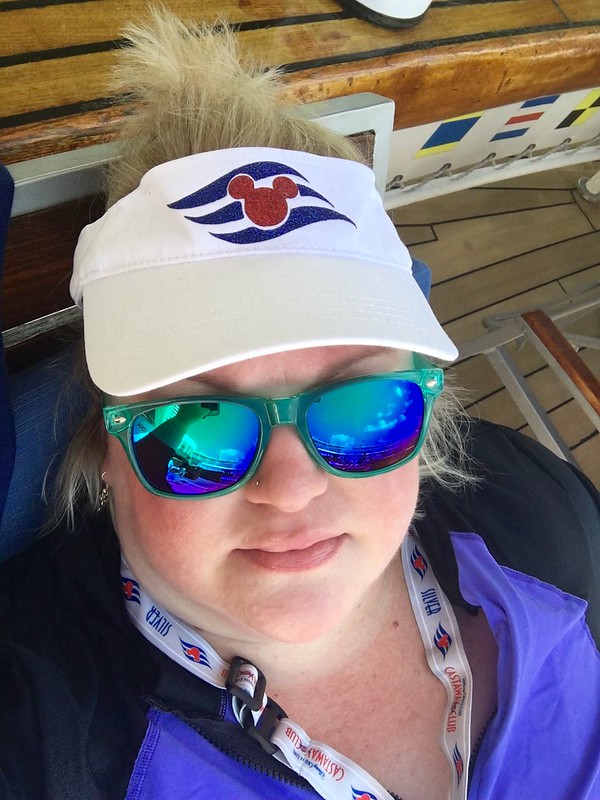 We grabbed something to eat at the lite bites counters.  I tried chicken schwarma and it was so good!  CSP got a coke from the bar and they served it in these cool cans. 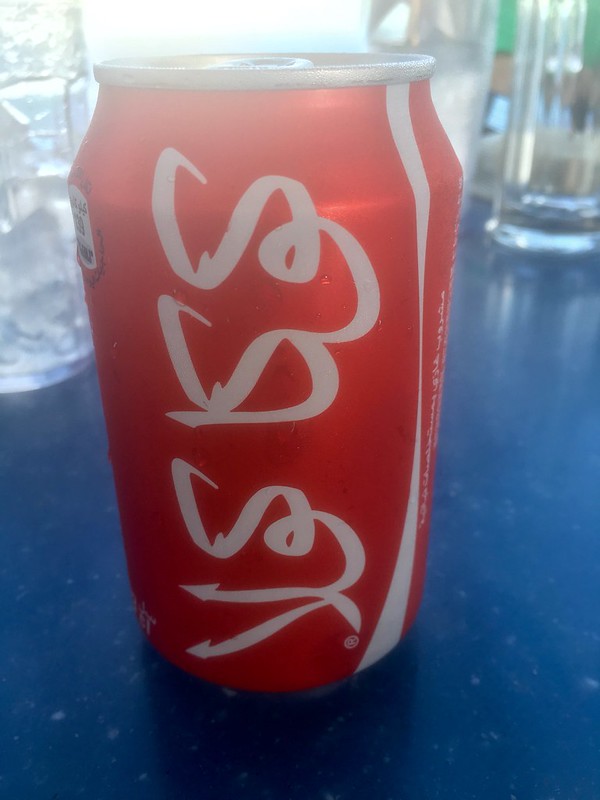 He LOVED the Coke on the ship because it was made with real sugar!  We hung out for a while at the pool and people watched until we realized the Vacation Planning Desk was open.  So we scooted down to deck 4 and got in line to book our future cruises.  If you book online you save 10% and get a handsome onboard credit!  We booked for October 2016 and a placeholder cruise (which is now February 2017) because the 2017 prices weren’t out at the time.

Back to O’Gill’s for another pre-dinner drink.  Amy & Kevin had gone back to their room instead of O’Gill’s (I think) but we were able to keep in touch via Disney’s cruise app which allows texting! 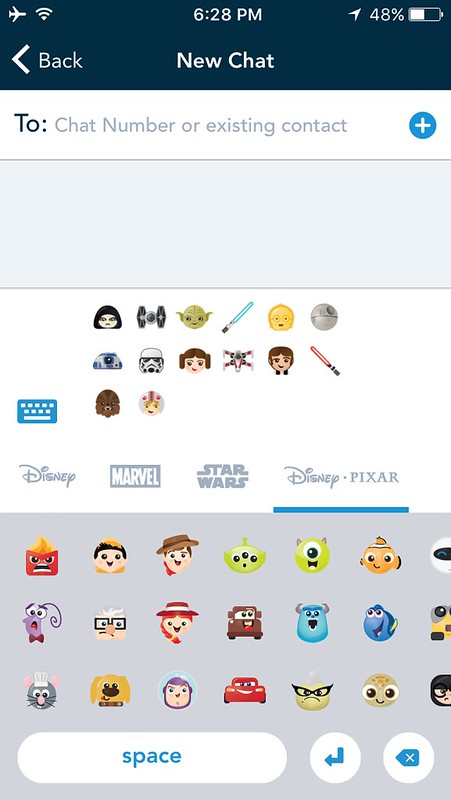 So cute and fun!  And free!  So many Disney emojis!

We went back to the room and showered and dressed for dinner. 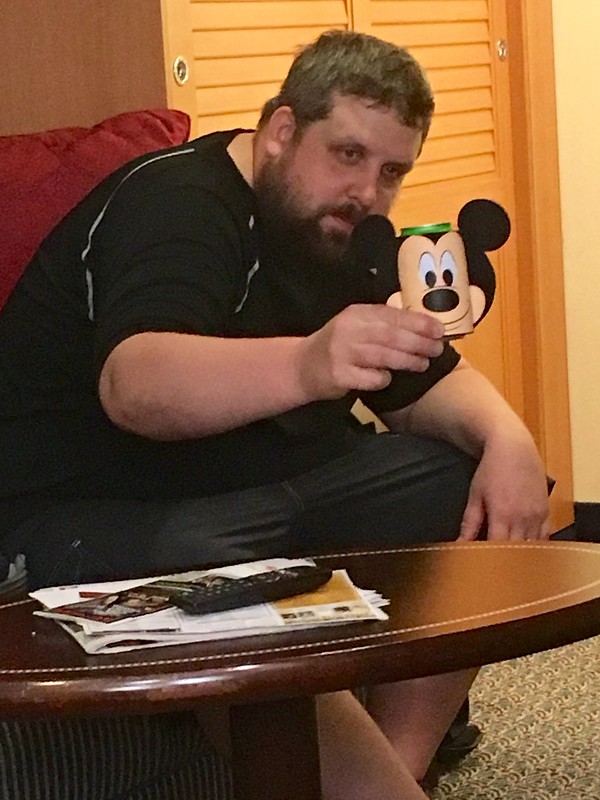 CSP enjoyed a beer in his new coozie courtesy of Amy & Kevin while I got ready. Tonight’s dinner was in Animator’s Palate.  It was a Pacific Rim theme.  Here’s where things got a little wonky.  At the first dinner we noticed that some kids were running through the dining room.  That’s no good for SO many reasons. But tonight at dinner it got out of control when Amy was hit in the head by a flying paper airplane!  People!  I know it’s a Disney cruise but that’s no excuse to allow your children to go wild!  After dinner we went back to our rooms for bed. 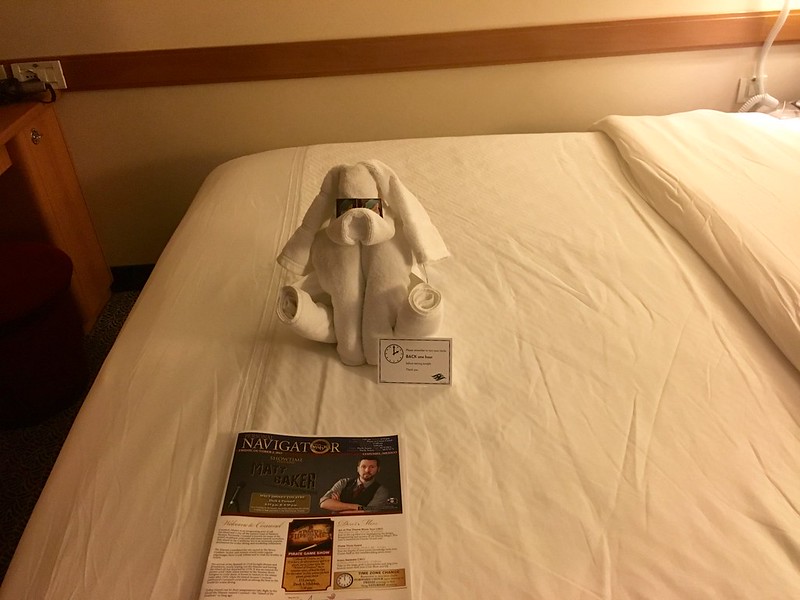 By now we knew our final itinerary. And we had to set our clocks back an hour. Where to next??