After Saturday’s lunch CSP & I ran some errands, took a nap, then prepared for Sunday.  Sunday at around 1 the parents of CSP came over to celebrate.  CSP bought 100 oysters! 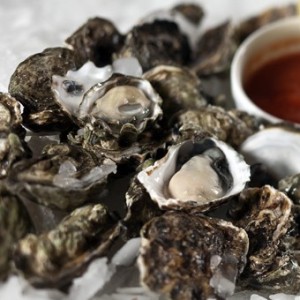 He wanted oysters for his birthday so he got em!  We spent the day preparing a million different kinds of oysters.  Oysters Rockefeller, 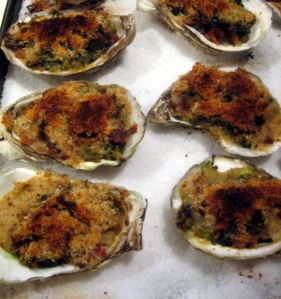 on the half shell,  stew, and grilled. 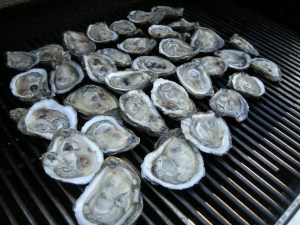 I don’t eat oysters but my honey was kind enough to grill me some chicken instead.  It took a good while to shuck all those oysters!  In the meantime we told all the shucking jokes we could come up with!